The short paper below was written as part of a 3 page research report on the topic of Ubiquitous Computing and the impact of IoT, in year 4 of my degree and specialisation in Computing & Internet-of-Things. 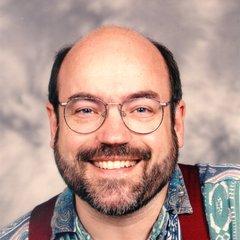 Mark D. Weiser was a chief scientist at Xerox PARC in the United States. Weiser is widely considered to be the father of ubiquitous computing, a term he coined in 1988

Ubiquitous Computing and the impact of the Internet-of-Things

Abstract
The presence of computing technology and its integration into all manner of everyday objects around us. This report examines the Ubiquitous Computing vision of Mark Weiser and considers the progress made today in realising this vision with specific focus on progression in the Internet-of-Things.

The vision of Ubiquitous Computing

In the year 2016, 25 years after Mark Weiser’s 1991 paper on “The Computer for the 21st Century” we still engage with computers in much the same way we had throughout the 1980’s and 90’s. While computers themselves, the internet and the boom in mobile technology has led to monumental shifts in the use of technology, we still find ourselves occupying the same kinds of spaces to perform the same functions in which our previous generations would have in times gone by. Though computers have improved in power and size, we are often still sitting at a desk in order to interact with them as we always have.

Our interaction with computers has for decades revolved around the appeal of a specific device, learning its features and the methods we need to learn in order to make it perform a task in a very deliberate and visible way. This era of visible computing requires an active engagement from the user, and a degree of learning in how to use a given piece of technology. Though smaller today than 2 decades ago, computers still occupy a visible space in our work and personal lives and are immediately recognisable to almost every observer as the place we go to work, consume media or to communicate with others.

The vision of ubiquitous computing takes this idea of performing our daily tasks and reimagines our interactions with technology in an unobtrusive, transparent way. A vision where computers can form parts of our everyday lives while blending into the surroundings, being available only when required instead of being a dominating, visible presence in which we must take part. It imagines a world in which we can embed specially designed computers into a wide variety of everyday items, presenting us with information or actions we need when we need them, without our conscious thought or consideration of their presence, a world in which our environment responds to our needs dynamically, through interconnection and communication between all of our computing devices.

The shift from conventional thinking takes us from a single station that provides rich functionality but exists distinctly from the rest of our lives, to one in which the computer retreats into the background, forming networks of computers specifically designed to support our daily lives through unobtrusive interaction with us and the many devices we are surrounded by. Ubiquitous computing can be imagined as the collection of these many computing devices, as opposed to the more traditional view of individual piece of technology.
In his original piece, The Computer of the 21st Century, Mark Weiser likened this theory to that of the revolution in the electric motor industry [10],

“The vanishing of electric motors may serve as an instructive example: At the turn of the century, a typical workshop or factory contained a single engine that drove dozens or hundreds of different machines through a system of shafts and pulleys. Cheap, small, efficient electric motors made it possible first to give each machine or tool its own source of motive force, then to put many motors into a single machine” (Weiser, 1991).

Through the vision of ubiquitous computing, we could one day in the future find ourselves surrounded by invisible smart devices that assist us in all manner of daily tasks from dynamically regulating our home temperatures when we move from room to room, to preheating our cars and synchronising our entertainment across multiple platforms in the home, mobile and automotive space.

This ubiquitous vision of the future could be imagined from the perspective of a computer no longer being the individual device we interact with, but the collective of many elements of our lives. Home, work and transport all talking to each other and able to serve their purpose with as little input as possible from us. An environment where new technology is no longer a unique entity within itself, but one which is designed to complement the multitude of other devices we will ultimately be surrounded by.
From his base in Xerox PARC, Weiser and his team created what was the first ecosystem for this ubiquitous computing vision [10] [11] [12] [13]. This early example consisted of 3 devices, from a small handheld known as the tab, to the larger pads and boards. These devices varied in their computing power, their mobility and their intended uses, and were designed with the concept of intercommunication at their core, being location aware and able to assist a user within the context of what they are doing, who they may be or where they may be located. These original test beds, though primitive by today’s standards, were ahead of their time.

We have yet to reach the ubiquitous computing future Weiser predicted in 1991, though progress in the technology world in terms of size, cost and availability of computing devices has enabled this vision of ubiquity more so than ever before. Never more so than today have so many devices possessed the ability to connect to the internet [2]. Often referred to as “The Pervasive Internet”, this saturation of fast, reliable internet access forms the backbone of the ubiquitous computing vision in ways that Weiser could only have imagined back in 1991 [10].

In the decades since Mark Weiser’s original paper, there have been many innovations in the area of machine-to-machine communication, ubiquity and the pervasive internet. Though we have yet to reach the level of embedded computing he predicted within 2 decades of his paper, we are now living in an environment surrounded by technologies in everyday consumer items from our smartphones and watches, to home assistants and connected home appliances and in our cars and public transport. Efforts have been made towards the integration of these devices in various forms, but often this involves entering into an ecosystem in order to fully utilise the devices.

Impact of IoT on realisation of UbiComp

Though the concept of the Internet-of-Things has been around for many years, never before has capable technology been as freely available as it is today. Devices such as smartwatches, fitness trackers and home assistants are becoming ever more common, aiding the user to perform daily tasks more easily and with more easily accessible information at their fingertips.

Recent years have seen a huge leap in the availability and uptake of cheap and relatively powerful development boards that take the concept of IoT from being a technically challenging and expensive endeavour, to being one in which normal tech enthusiasts can build and code devices to perform all sorts of functions and activities. According to IT research and advisory experts, Gartner, by the year 2017, over 50% of IoT solutions will come from start-ups less than 3 years old [3].

“Makers and startups, not tech providers, consumer goods companies or enterprises, will drive acceptance, use and growth in the Internet of Things (IoT) through the creation of a multitude of niche applications” (Gartner, 2014).

The RaspberryPi computer was originally designed as a cheap and effective way for the basics of computer science to be taught in schools, but went on to become the bestselling British computer in history [4] [8], largely due to its uptake with hobbyists, technology enthusiasts and those curious about the abilities of this new inexpensive technology. The founder of the RaspberryPi foundation, Eben Upton had optimistically hoped for the device to sell 10’000 units, a tiny portion of the existing 10 million that have been produced to date [9].

Though devices such as these do not realise the vision of Mark Weiser by themselves, the capabilities of these types of devices has led to a rapid growth of a diverse community of enthusiastic everyday users who are now equipped with the tools necessary to address problems and build solutions that otherwise may never have been possible if not for the low cost of entry.

Industries are also embracing this technological shift, and examples such as the developments in the motor industry over the past two decades shows the progression from an era when computer technology in vehicles was used almost exclusively for the purpose of running the vehicle, to an era where we no longer require a key to purposefully unlock our cars as we approach, instead simply approaching and giving no thought to the process. During Mark Weiser’s time, the idea of a car adjusting its seating position, steering weight and entertainment based on the person who was driving it might have been a vision of a utopian future, but today this technology exists in many affordable vehicles.
Another example of a step toward ubiquity in the motoring industry came in 2014 with Google’s entry into the sector. Android Auto, an operating system specially designed for vehicles could easily connect with the user, aggregating their devices to share functionality and present the user with a seamless transition of function. This technology is becoming ever more popular in a sector that had changed little in the decade before its release, with an estimated 40 motor companies currently on board with the system [5] [6].

Inhibitors to the advancement of IoT

With advancements in technology and internet access now at a level suited to supporting the development of integrated, ubiquitous computers and no longer considered a limiting factor, other barriers have yet to be overcome. One of the major obstacles to the idea of multiple smart devices constantly monitoring us is the issue of trust and the security of the data gathered by these devices. Often these devices can perform many of the functions we would do on a conventional computer, but have considerably less attention dedicated to their security. This can leave the devices vulnerable to attack, giving access to entire networks, or risk the total loss or theft of the data these devices can access.

In October 2014, a distributed denial of service attack was targeted at Dyn, a company responsible for the providing DNS to many of the top internet services today [15]. Further investigations into the attack revealed many the devices used in the attack were IoT devices that had been hijacked due to their relatively low security.
In addition to the potentially weak security of some of these devices, a big challenge for the uptake of ubiquitous computing remains the trust issue of who can access the data collected by these devices and where this data is stored. One such example in the US concerns a homicide that occurred in the home of a user of the Amazon Echo home assistant [7] [14], a device that listens to the users’ requests for information and stores these transmissions remotely. The device had been seized during the investigation in the hope that the assistant may have potentially crucial information about the incident. Amazon has so far refused to provide access to the data obtained by the device, but the outcome of the case could potentially have a detrimental impact going forward for ubiquitous computing.

Incidents such as these will remain a sticking point for the adoption of IoT in the mainstream and only when the issues of poor security and trust are addressed will we be able to make meaningful progress towards Weiser’s goal of ubiquity. 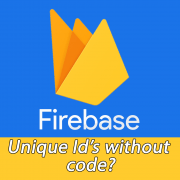 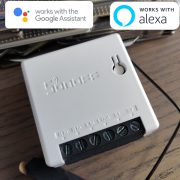 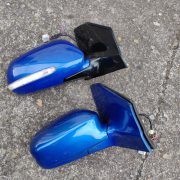 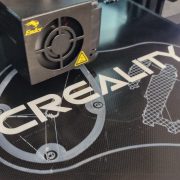 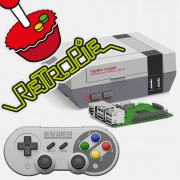 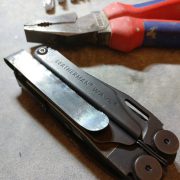 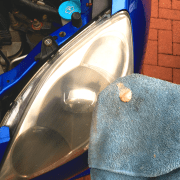 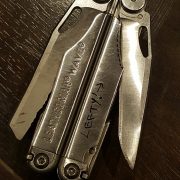 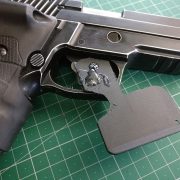